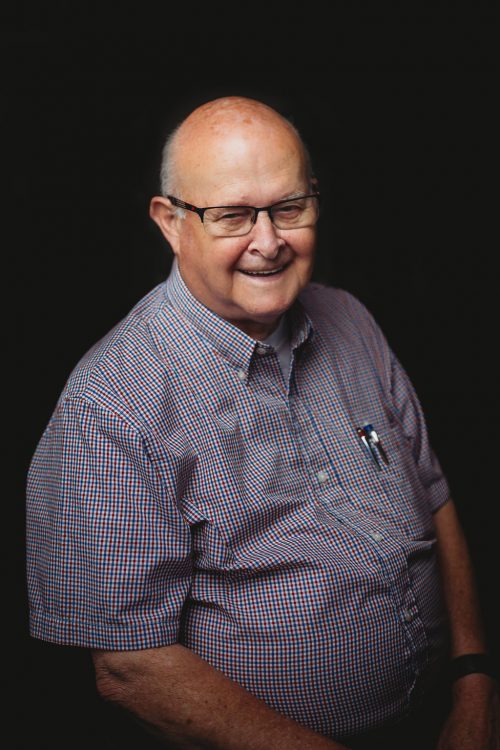 Jim was raised in a Christian home. He separated from the church after High School. In 1997, he returned to church at the old church, Kenny Memorial Wesleyan Church. Christmas of 1988, he decided he needed to ask Christ back into his life. He then became a member of the Church in 1989. He was elected trustee in 1991, and served in that position until he joined the staff in 2010. Jim served on the Greater Ohio District Board of Administration and during this time, he learned to love Christ, The Wesleyan Church and CCWC.

Athens has been his home, he is a graduate of Athens School, and Hocking Collage, with an Associate Degree in Law Enforcement. He served the City of Athens for 21 years as a Police Officer, Director of Code Enforcement and Director of Public Service and Safety. Along with his brother, he owned and operated the Fire and Rescue Equipment business for several years. He is married to his lovely wife, Judy, and they have two wonderful daughters, Gail Clay and Cammie Lindner, 4 grandchildren and 8 great grandchildren.